The defending champions from 2008 are Wrest Park. Watford won in the previous three consecutive years, and in all those three years went on to win the East Anglian Croquet Federation League trophy as well.

Wrest Park won for the second year in succession, in spite of losing 1-5 to Watford. See the EACF website for details. 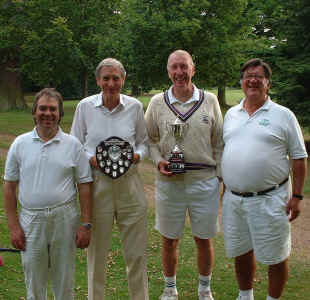